From baby to toddler

It's been a couple of weeks since the little boy turned a year old, and everyday I still marvel at how he's grown up. Some days I even catch myself staring at Yohann and wondering if he really is my baby boy, and if I really, truly am a mommy now. Lol! 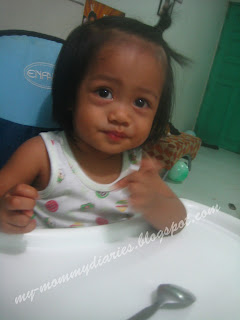 The last few months, he's been getting more and more independent by the day. He likes to hold his own spoon when he eats, drink from his glass on his own, and he's already learning to pull his legs and arms up when I'm changing him. 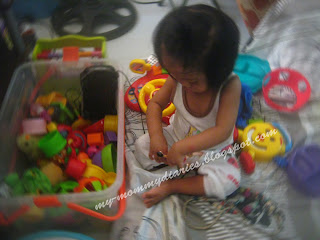 He's playing by himself for longer periods of time, and sleeps peacefully even when I'm not beside him, except when he wakes up from a dream and cries for me. The irony of his growing independence is his increased separation anxiety. He's now more aware whenever I'm out of his security radius, and would shriek "Mama-mama-mama-mama-maaaaa!!!" until he sees me coming for him. Even bathroom appointments have become difficult. 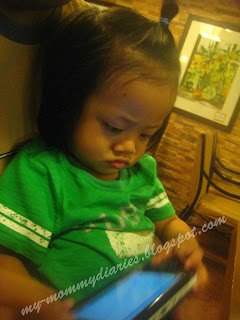 I can only successfully complete them if daddy is around and willing to distract him with antics, food, or PSP games. Movie dates with the hubby are almost impossible now. His favorite Lola, whom he used to spend hours and hours just cuddling with, can barely carry him for five minutes and he would cry already. I could barely finish cooking our meals without him crawling and clinging to my legs in no time.

I know this is just a stage. I can almost imagine him running out of our home and seeking his friends to play with soon. For the meantime, everything revolves around Mommy; soon, he'll be trying to discover the world on his own. Until then, my prayer for him is that he may increase in wisdom and stature, in favor with God and men. :)
Posted by Mei at 10:40 AM