I'm a week late with this post, but fellow mothers will understand why. Hehe. In case you don't, it's 'cause it's hard to type a decent post while a) running after a baby on board a walker b) feeding a demanding boy who kicks your arms if you're typing while feeding him c) cleaning up after a little boy who bowls over everything within a 5-meter radius d) and so on and so forth :p

Anyhow, let me try to make a short tribute to the year that was and all that it brought us, of course while the little tyke is napping away.

2011 was basically a quiet year for us. There was barely any lakwatsa, which was the trademark highlight of my year since I can remember, but you can't say it wasn't any fun.

The first quarter of the year was all about endings. I resigned from my job at Avon, saying goodbye to my co-workers and friends of almost two years. It also meant less get-togethers and dinner/coffee dates with my friends, most of whom are Makati-based. That was a sad time :( But I knew it was a decision I had to make in order to prepare for a new beginning. Good thing we had a quick out-of-town trip with friends in February, thanks to Terence, and the baby showers held at home. Those were fun times! :) 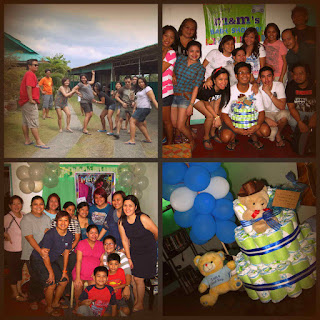 The second quarter of the year was the most awaited one! The little boy's arrival finally came in April 3. Yay! After a day's labor, Yohann was finally delivered via C-section. He is definitely the highlight of this quarter, of the year even :) He was the timeliest gift Mommy and Daddy ever received for our respective birthdays :) 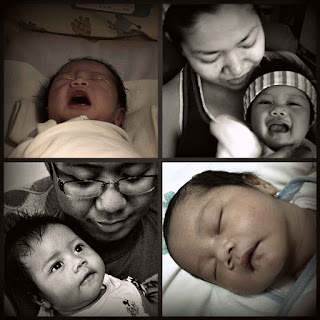 The third quarter of the year was mostly about raising up Yohann, getting the hang of being a mum, and starting this blog. We also had some friends come over and visit us at home, which I really, really loved. It's been hard leaving home even for just a few hours, so having friends at home is always a welcome break. We also got to bring the little boy out of town to Bulacan, have his photo shoot session at The Picture Company and attended his first ever birthday party with adults :p 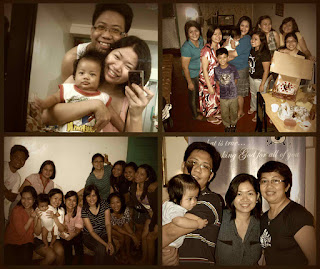 The last quarter of the year was the most eventful! October was Yohann's Dedication Day. It was a busy month! It was also when he first got sick, and gave me a taste of Motherhood 101. I firmly believe you don't fully become a mother until your child gets sick and you go through the sleepless nights-worried sick-praning moments that come with it. Thank God, it was only Roseola and nothing  that needed hospitalization. The rest of the quarter was mostly visits to family, the mall, the park, etc. November saw the arrival of another family member, baby Juliana, making Yohann an uncle at the age of 8 months, hehe.  December, we partied with friends and celebrated the holidays for the first time with the little boy. Christmas was a bit trying, what with me and Yohann catching the colds. He also got an upset stomach on Christmas eve from the soup he ate. New Year's eve he was feeling better, that was also when he tried standing up without any support for the first time. 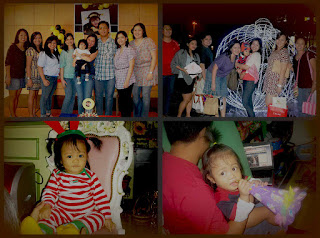 All in all, 2011 was a year of learning - tons of lessons in patience; adjustments, experimenting, growth, friendship, family. It wasn't a bed of roses all throughout, but with God's grace we survived. We are hoping and praying that 2012 will be even more fruitful and meaningful, and we are looking forward to some surprises along the way. Again, by God's grace, we believe that the days ahead will be even better :)
Posted by Mei at 9:27 PM

Email ThisBlogThis!Share to TwitterShare to FacebookShare to Pinterest
Labels: reflections