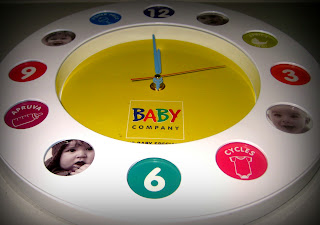 Yohann's a keen observer. He's a curious George and he's always looking, watching, observing things around him. He likes to watch me washing the dishes, preparing his food, folding clothes and cleaning up at home. When he gets tired of looking at me and what I'm doing, he turns his attention to the electric fan, the clothes hanging to dry, the curtains. I guess that's just the way babies are, since they're seeing and learning things for the first time.

I never realized though just how observant he is until this afternoon. When he took his afternoon nap, I decided to do some cleaning at the living room. I tidied up a bit, and saw the box of this wall clock we got as a freebie from Baby Company. So I put it up in place of the old living room wall clock. He was sleeping in his usual place on a mattress on the floor, and when he woke up, his eyes immediately turned to the wall opposite him. Once he saw the new wall clock, his face lit up and he smiled his big, wide, toothless smile. I watched to see his reactions, and the camera caught them all. 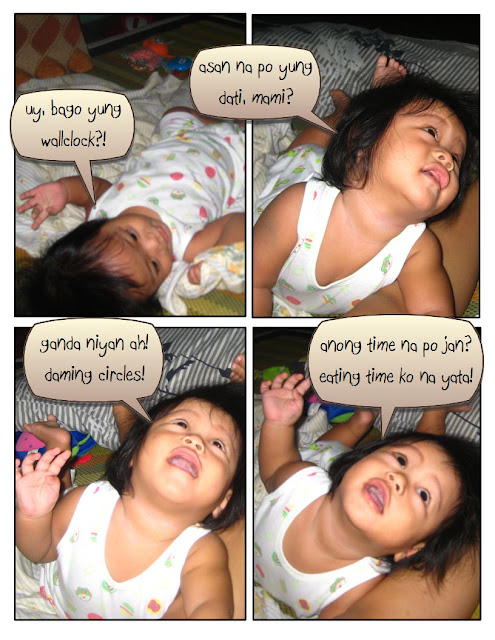 He obviously noticed that the wall clock was new! He kept looking, even twisting his body backwards just to get a better look at the clock. He did that several times, every time smiling and making his happy baby sounds. He just loved the new wall clock. :)
Posted by Mei at 11:56 PM